China Eastern Airlines was established on 25 June 1988 under the Civil Aviation Administration of China Huadong Administration. In 1997, China Eastern took over the unprofitable China General Aviation and also became the country’s first airline to offer shares on the international market. In 1998 it founded China Cargo Airlines in a joint venture with COSCO. In March 2001, it completed the takeover of Great Wall Airlines. China Yunnan Airlines and China Northwest Airlines merged into China Eastern Airlines in 2003.

China Eastern Airlines has a strong presence on routes in Asia, North America, and Australia. The airline looks to exploit the domestic market potential as it boosts flight frequencies from Shanghai to other Chinese cities. The airline is also accelerating the pace of international expansion by increasing flight frequencies to international destinations. In 2007 it began operations to New York City from Shanghai, making it the longest non-stop route for the airline. In 2016, China Eastern Airlines also launched direct flights from Shanghai to Prague, Amsterdam, Madrid, and St. Petersburg. 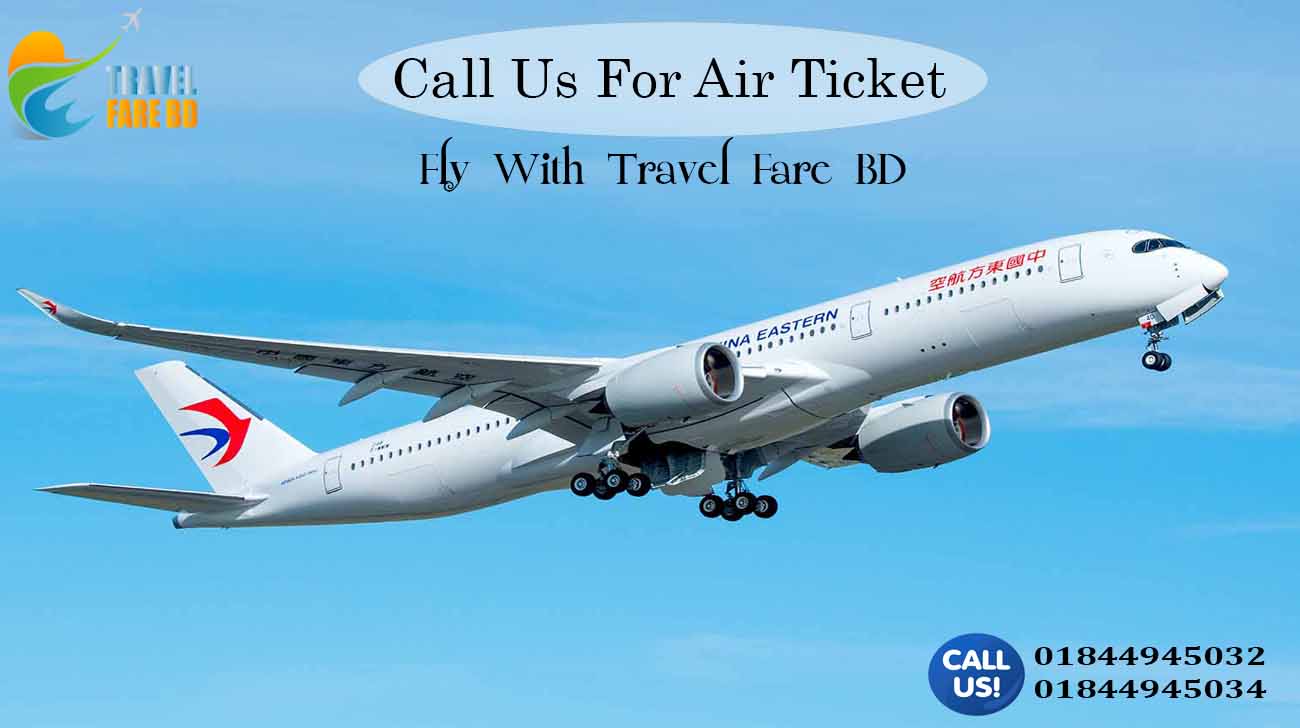 China Eastern offers first-class on all Boeing 777s. A first-class seat comes with a flatbed seat, direct aisle access, and a sliding door. The plane also comes with a bar for passengers to serve themselves snacks and socialize with others. Middle seats on the Boeing 777 can be turned into a double bed.
Super-premium suites
The super-premium suites are found on all A350-900 and B787-9 aircraft. The seats come with a sliding door and a minibar. The middle seats can be turned into a living room with seating for four.

Why should you choose Travel Fare BD:

We have our association with some of the best airlines to make your travel experience like never before. We provide the best ticketing service in Dhaka city. We always ensure the best service for travelers.